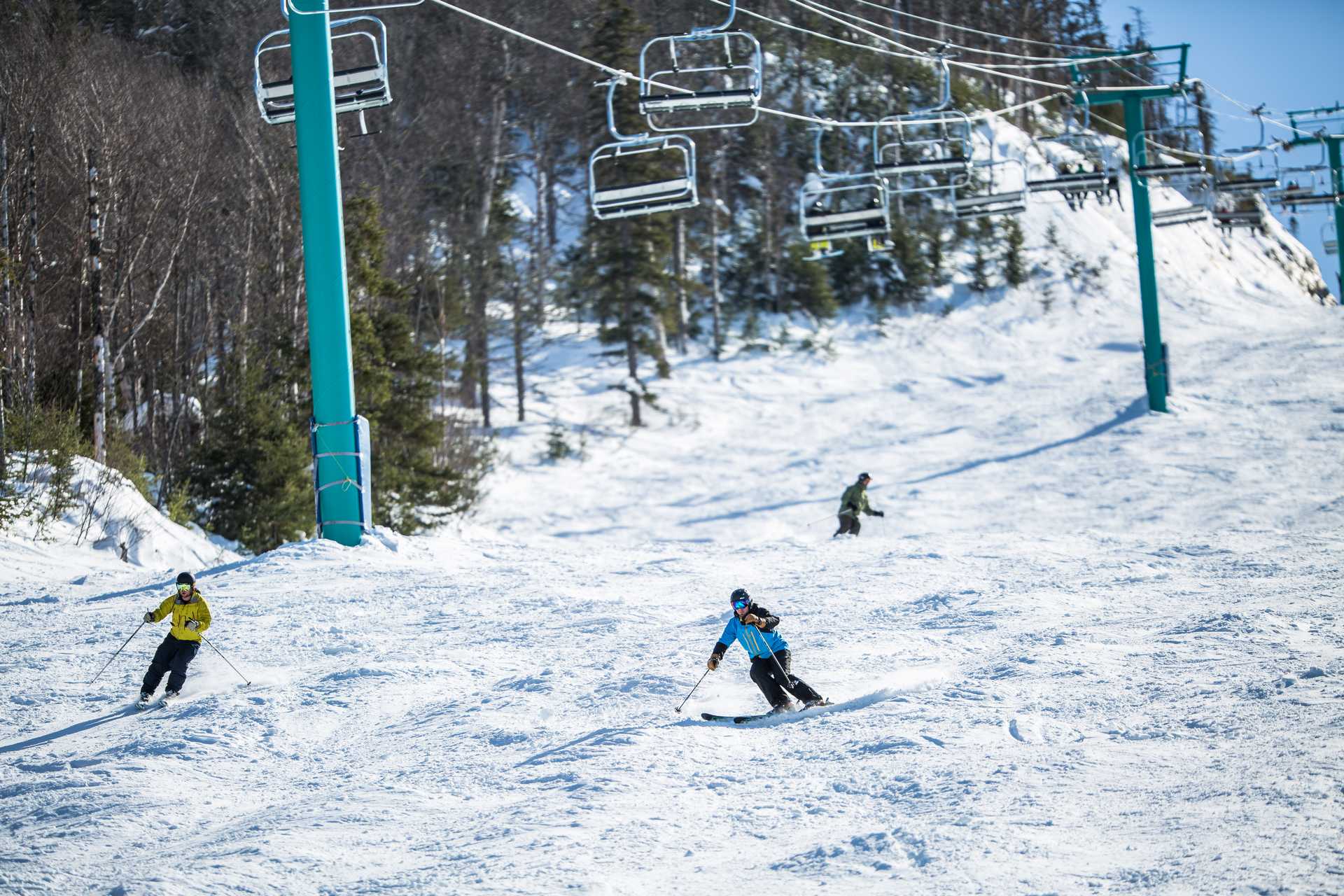 I'M READY TO TAKE THAT STEP

Newfoundland and Labrador’s rich history includes many cultures; from the Vikings and the Beothuck Indians, to the English, Irish and French were all drawn to our shores by an abundance of codfish. In 1949, we became a province of Canada. To mark the 50th anniversary of this important date, the Heritage Tree Committee and former Steady Brook Mayor Trevor Bennett installed The Heritage Tree at the base of Marble Mountain.

The Heritage Tree is a symbol of Canadian unity. This 17-metre (52 foot) cedar tree features 50 carvings representing over 1,000 years of human history. Western Forests Products of British Columbia donated the 360-year-old tree to the project and Newfoundlanders all across Canada donated their time and equipment to transport the Tree across the country.

The carved images include tributes to John Cabot’s discovery of Newfoundland in 1497, the landing of the Vikings at L’Anse aux Meadows over 1,000 years ago, and a commemoration of 1949, the year Newfoundland and Labrador joined Canadian Confederation. You can view the Tree for free, but donations to the Heritage Tree Committee are gratefully accepted via an on-site donation box.

Steady Brook Falls is one of the Humber Valley’s most amazing natural attractions. From Marble Mountain Resort, it’s just a short (but steep!) 1km hike along a forested trail. Once at the summit, you’ll find a 3-tier viewing platform from which to get a bird’s-eye view of the waterfalls as they plunge more than 100 feet. For the most spectacular experience, head up during snowmelt or after a rainstorm. And most importantly, don’t forget your camera!

Visit Cook’s Lookout, a memorial site named in honor of Captain James Cook. The infamous marine surveyor surveyed the coasts of Newfoundland from 1763 to 1767. His detailed charts guided other mariners and his charts were the first to use accurate triangulation. Their accuracy has been proven by the test of time, and many of his charts are still in use today. The Captain used this site to keep an eye out for smugglers and privateers. The memorial lookout is accessible by car, and offers stunning views of scenic Corner Brook and the Bay of Islands area.

Declared a UNESCO World Heritage Site in 1987, Gros Morne National Park is an overwhelmingly beautiful area. Whether you’ve got a day or a week to spare, its offering of scenery, wildlife, and recreational activities are sure to amaze.

Try hiking through completely wild mountains. Camp along the seashore. Take a boat tour to really get a gander at the towering cliffs of a freshwater fjord carved by glaciers. From the Long Range Mountains to the Tablelands to the Gulf of St. Lawrence, Gros Morne is truly not to be missed. Just one hour from the Park border, a Marble Mountain makes the perfect home base for your adventure in Gros Morne National Park.

Get your hands wet on an interactive tour of the Bonne Bay Marine Station Aquarium and observe some of the marine plants and animals living in the area. Get up close and personal with sea stars, coralline algae, hermit crabs, and other marine creatures living in the ‘Touch Tank’. Learn from informative storyboards, underwater footage, and interactive displays, or take a tour with the knowledgeable and friendly interpreters.

From Route 440 in Corner Brook, the Man in the Mountain trail is a 2.5 km hike with a 300m ascent. But it is so worth the effort. Along the way you’ll pass through beautiful sandy beaches, awe-inspiring switchbacks and some of the most incredible views around. Come in autumn for the most impact when the changing leaves present an intense riot of colour.